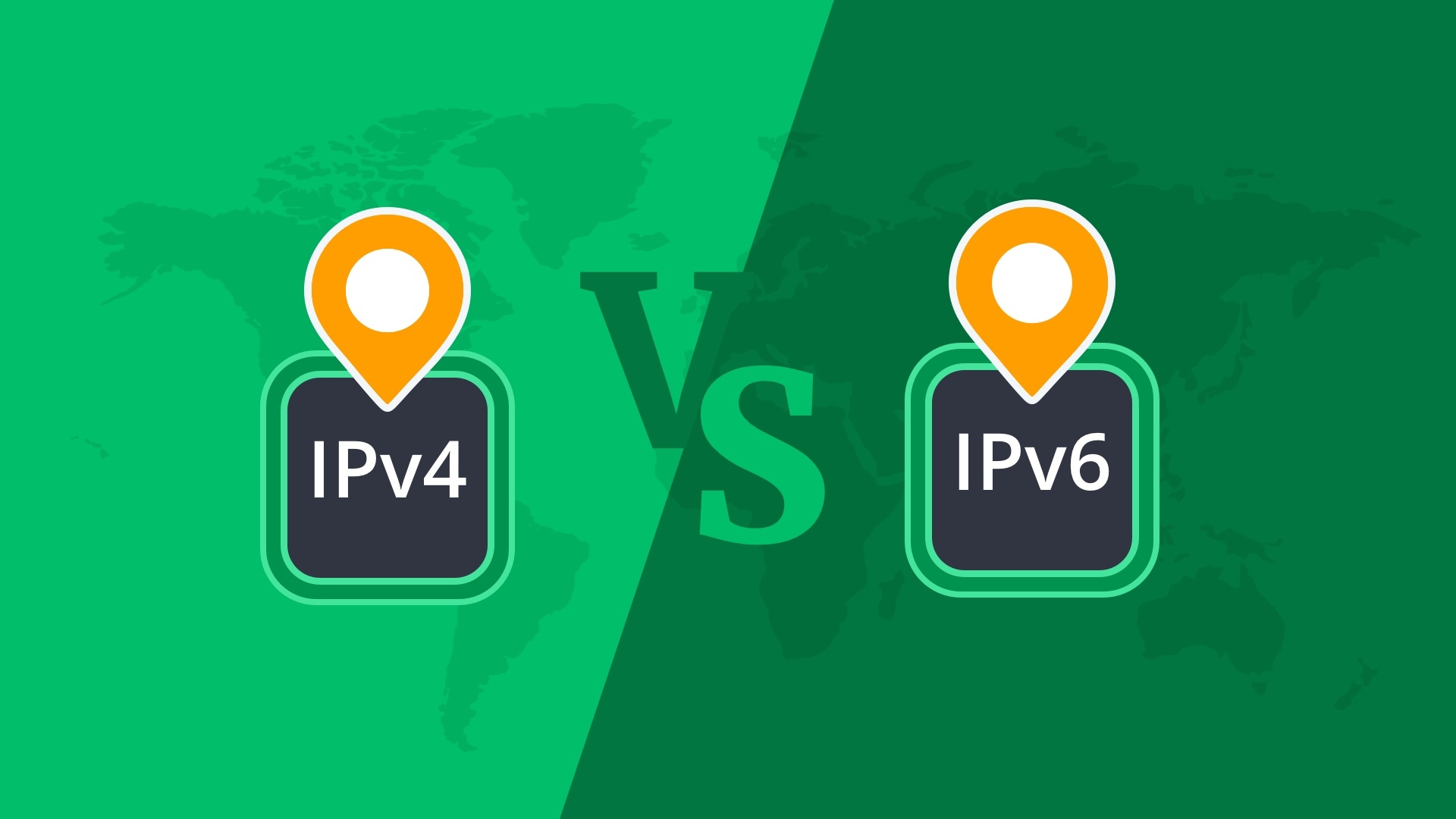 Thanks to the Internet Protocol (IP address), computers and devices can exchange data. There are two versions of IP today – IPv4 and IPv6. Both protocols are used to identify devices connected to the network, but they have some differences. Below you will learn the differences between IPv4 and IPv6, as well as the advantages and disadvantages of each version of the Internet Protocol.

What is an IP address?

The IP address, or Internet Protocol, is the rules responsible for routing data across networks and delivering it to the correct destination. When sending data over a network, the computer divides the information into data packets, making the process faster and more efficient. Each of the data packets contains source and destination IP addresses. An IP address is an identifier assigned to all devices connected to the Internet or a local network. Just as we use a physical mail address to send an email, a device needs the correct IP address to send information over the network. Here’s an example of what an IP address might look like: 157.240.21.35. Let’s explain the difference between IPv4 and IPv6 below.

IP addresses are allocated by a special organization in the United States, the Internet Assigned Numbers Authority (IANA), which manages the IP address pool. Remember that an IP address and a domain name are different. A domain name is the alphabetic address of a site, which is easier for a person to remember. Let’s look at what is IPv4 and IPv6?

Internet Protocol version 4 (IPv4) is the best-known version of the Internet protocol. It is based on a best-effort delivery approach, in which the network does not guarantee data delivery or quality of service. Users may experience delays and other problems depending on the current Internet traffic load. IPv4 is also a connectionless protocol. It transmits data packets whether or not the end device is ready to receive them. In case of network congestion or failure, IPv4 can send packets via alternate paths.

This version of IP uses a 32-bit address, an IP address format with which most people are familiar. It consists of four decimal numbers separated by dots, ranging from 0 to 255, for example, 192.168.2.143. The 32-bit address space allows for about 4.3 billion address combinations. However, some large blocks of these addresses are reserved for private networks and unavailable for public use.

In addition to having more IP addresses, IPv6 has a more straightforward header than IPv4. The IP header is the meta-information at the beginning of the IP packet. The IPv6 title has a new format, and its structure is more straightforward than that of IPv4, making packet processing more efficient. Another difference between IPv4 vs. IPv6 is that the latter eliminates the need for network address translation (NAT), restoring end-to-end connectivity at the IP layer. It also simplifies the implementation and deployment of services such as Voice over IP (VoIP) and QoS (Quality of Service).

IPv4 vs IPv6: a security comparison

Although IPSec can be used in IPv4, it depends on network providers and end-users. In addition, this framework will not work when exchanging data based on NAT. Another security advantage of IPv6 is that it can perform end-to-end encryption and integrity checking, making man-in-the-middle (MitM) attacks difficult. IPv6 also uses the Secure Neighbor Discovery protocol, which provides a more secure name resolution. This makes it harder for attackers to reroute traffic between two legitimate hosts and observe or manipulate the conversation. IPv6 offers better security solutions than IPv4, but these features depend on proper IPv6 implementation. It is also essential to activate firewalls, access control, and anti-virus software. So, what about difference between IPv4 and IPv6?

Is IPv6 Faster than IPv4?

According to a test conducted by security provider Sucuri, both protocols have the same speed when connected directly. However, many studies prove IPv6 is faster than IPv4. One is Facebook Engineering’s observation that accessing Facebook via IPv6 can be 10-15% faster than using IPv4. The difference between IPv4 and IPv6, which makes the latter slightly faster, is that connections address the network directly. Therefore, even though IPv4 has smaller packet headers than IPv6, it must go through stateful NAT servers to move across the network.

Should I migrate to IPv6?

Despite the vast number of IPv4 addresses, with the advent of the Internet of Things (IoT), they are not enough to accommodate all connected devices worldwide. IPv6 can meet the need for more Internet addresses. However, as the world is just beginning to use this protocol, IPv4 is still needed. Although many major content providers such as Facebook and Netflix are now available via IPv6, only 19.1% of ten million sites can be accessed via this protocol. This shows there is still a long way to go before IPv6 is fully implemented.

With very few IPv4 addresses left, the transition to IPv6 is inevitable. One regional Internet Registries (RIRs) has even reported running out of IPv4 addresses. Nevertheless, IPv4 will still be used on the Internet in the near future before we can completely abandon it. There are several reasons for this:

The Current State of Transition

It would seem more accessible and cheaper to stay on IPv4. However, as written above – the number of IPv4 is no longer enough. In addition, using NAT as an alternative to IPv6 has some disadvantages. One of them is that the NAT mechanism was developed as a temporary technology, so with some applications and protocols, it may not work correctly or at all. These problems indicate that moving to IPv6 is the only practical solution.

Fortunately, the transition to IPv6 has already begun. According to Google, the global penetration of this protocol is now 33%. As more Internet Service Providers (ISPs), mobile operators, and other large enterprises transition to IPv6, the number of IPv6-enabled sites and users upgrading their software and hardware to IPv6 is also increasing. The transition from IPv4 to IPv6 can be prolonged for the reasons above, but it will accelerate yearly.

What is the difference between IPv4 and IPv6? At the moment, it is technically impossible to abandon one in favor of the other completely. In general, we can say that IPv6 is faster and safer. However, it has apparent advantages, such as more efficient routing without packet fragmentation, built-in IPsec support, and autoconfiguration of addresses. And because of the limited IPv4 address, IPv6’s transition is inevitable.

Public Wi-Fi: Muddy Water You Did Not Expect

We are used to the situation that you can get Internet access wherever you want. You will likely be surprised…