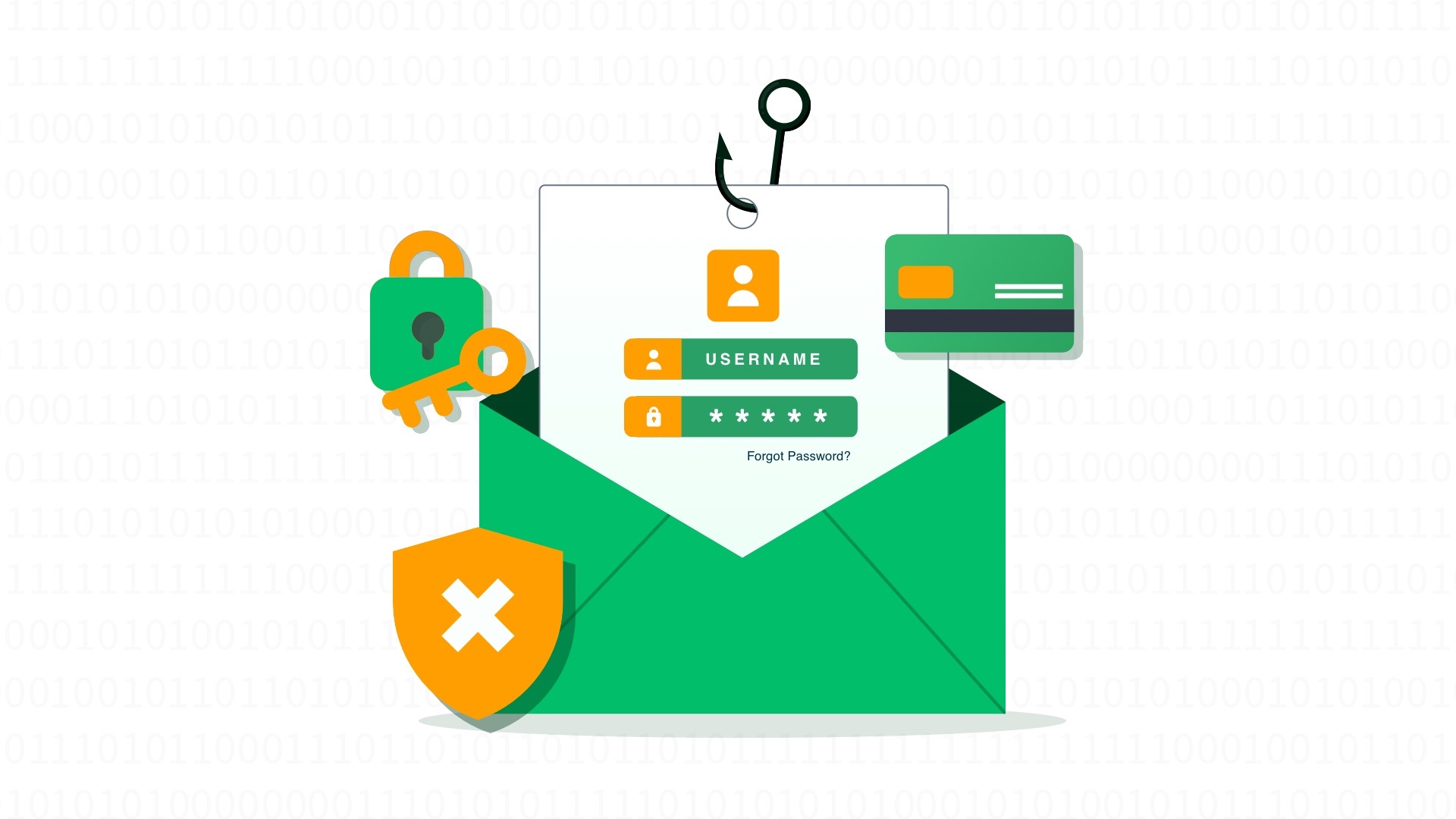 The word “phishing” has become known even beyond the Internet, as phishing attacks have done so much harm that you can often hear about them on TV and radio or read about them in newspapers. However, if you have passed this danger, you may not even know what a phishing attack actually is.

In this post, we will talk about what phishing attacks are, their main features and goals, what techniques hackers use during such attacks, and we will advise on how not to become a victim of phishing.

What are phishing attacks?

As the name suggests, phishing has something in common with what fishermen do. It is true! A phishing attack is luring out, or one might say – fishing out sensitive data from unsuspecting users. Phishing is interesting because it is a hacker attack in which the exploited vulnerability of the targeted system is its user’s inattention. In fact, attackers can do without using malicious programs, limiting themselves to social engineering. Basically, phishing is just a scam, but since it is carried out in a modern information technology environment, it is also considered a cyber threat. The potential harm from phishing attacks is enormous.

How does it work?

So, first of all, phishing attacks are always impersonation and deception. Under the guise of someone whom their victims trust, hackers lull users into revealing sensitive data. For example, passwords. Or credit card details.

A phishing attack is carried out most often through email, as it looks the most official and gives more room for action than, for example, instant messengers.

A typical example would be a letter from a large company, such as Facebook, saying that all users have to change their passwords. To do this, you can follow this link, says the message. Services will always ask you to enter your old password first. A trusting user enters their password and then invents a new one. But all the victims really did at that point was just send their actual password to the thieves.

Why does the user even believe that the letter is from Facebook in the first place, you might ask? And this is where spoofing comes into play.

Spoofing is a part of a phishing attack related to the appearance of the elements of a fraudulent scheme – counterfeit signs that you are dealing with a reliable counterpart. For example, you receive a letter stating that a parcel has arrived in your name through the FedEx service. For you to peck at this, the letter itself will have a beautiful FedEx logo, and the sender’s email address will be very similar in appearance or meaning to the address of the real service, so as the site to which the link will direct you.

You can hardly imagine phishing without spoofing. Fortunately, some things can easily give out a spoof. First of all, these are email addresses and addresses of websites to which links lead. Just compare the first and second domain names of the site you are about to be sent to with the one on the legitimate website. Facebook customer support might be on help.facebook.com (“facebook” is the second domain name, “com” is the first), but certainly not on help-facebook.com.

In addition, fake sites are more likely to use HTTP instead of secure HTTPS. It is easy to check: look at the very beginning of the address.

Also, look for errors, both accidental typos in the message text and manufactured distortions. The latter make the website or mail addresses look similar to the original ones.

Still, the phishing hacker’s main weapon is social engineering. The phishing attack does not imply your doubts. If the victim is in doubt, the attack failed. The main thing here is to create such an illusion that does not even raise questions. Often, phishing is a targeted campaign – not a random spam mailing but a spear attack on the victim. But, oddly enough, it is more difficult for bandits to act here. By trying to impersonate someone you know or at least someone you expect to receive an email from, cybercriminals take a step on shaky ground. Follow the nuances. If something seems strange to you at your friend’s request, check whether or not you are not dealing with a phishing attack. The best way to do this is to contact the sender through a different channel.

How not to become a victim of a phishing attack?

How to Prevent Spoofing Attack in 2022

Spoofing is an element of many fraud attacks. Its point is to create a misleading appearance for a deceptive message. Spoofing…